How Changes at Google Could Impact Your SEO 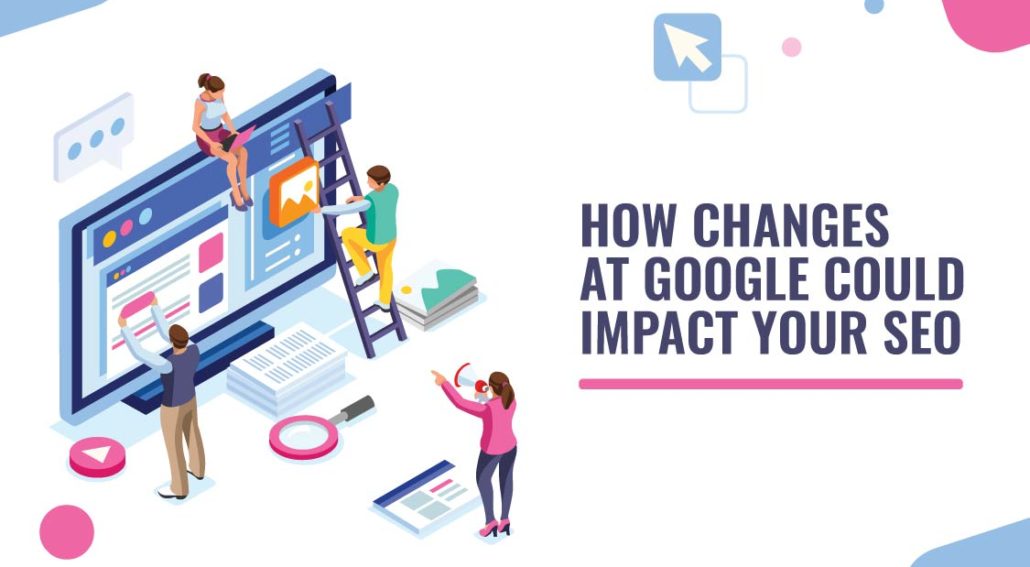 Google rolls out changes to the way the process user searches every few years, these go mostly unnoticed by the public at large, but if you or your company has a vested interest in Search Engine Optimization (SEO), then you should be aware of the impending changes Google plans to make in the user experience. It may seem as if the SEO industry is going to ride off into the sunset, but that is not true, it will take adapting to the changes at Google and applying SEO to other areas will keep SEO relevant into the foreseeable future.

SEO has been a changing field since Google took off in 1998, and changing your SEO strategy with it is not new. What is new is that the searches are less keyword-based and more content-based. While keywords still play an important role, their importance has diminished. Also, Google is putting more emphasis on “evergreen content” and less on newer content. If you are unfamiliar with what evergreen content is, it is content that remains relevant over time, such as an article on the War of 1812 or an article on the Migration Habits of Wildlife on the Serengeti Plain. An SEO strategy that has been effective for the last four or five years may not be as effective now because of the new emphasis on content and specifically evergreen content.

New types of searches are also reducing the number of clicks that a website would receive on a search engine results page (SERP). Google Lens gives the information on an object by just pointing their phone at it; there are no clicks on blue links with Google Lens. Similarly, Google Assistant is becoming more popular thanks to Google Home devices, and there are no clicks at all from a smart speaker or something spoke into a smartphone. As of yet, pay per click ads have not been instituted into these Google apps, but as Google seeks to increase profits, you can be sure it will be part of the future of those apps.

What’s Next for SEO?

Greater emphasis on context is inevitable, and less emphasis on queries is, without a doubt, the future of SEO.  This change has much more gravity than just a simple shift in focus from keywords to topics, which has gradually been going on for the past several years. Discovering content without queries is much more crucial and effects SEO strategies in a much more critical way.

The key to keeping your SEO campaigns productive is to keep up with Google’s changes. There are a variety of blogs who keep up with any product or search changes Google makes; following two or three of these blogs will help keep you ahead of the game.  It may be a challenge to adapt to search changes made by Google, but it is by no means impossible. SEO has withstood changes in the past, and it will weather the changes in the coming years. Survival of SEO is not dependent on Google and other search engines limiting change; it is how you adapt to those changes.

How to Generate Leads with Google My Business

How to Get the Most Out of Your Hero Image

Everything You Need to Know About Technical SEO

Hook, Line & Sinker. How To Catch the Right Customers with Targeted Search

Understanding How Meta Tags Impact Your SEO
Avoiding Bad Advice About SEO
SEO and Semantic Searches
Is Your Website Design Hurting Your SEO?
Why Your SEO is Not Performing as Expected