What You Should Know About Microsoft Advertising 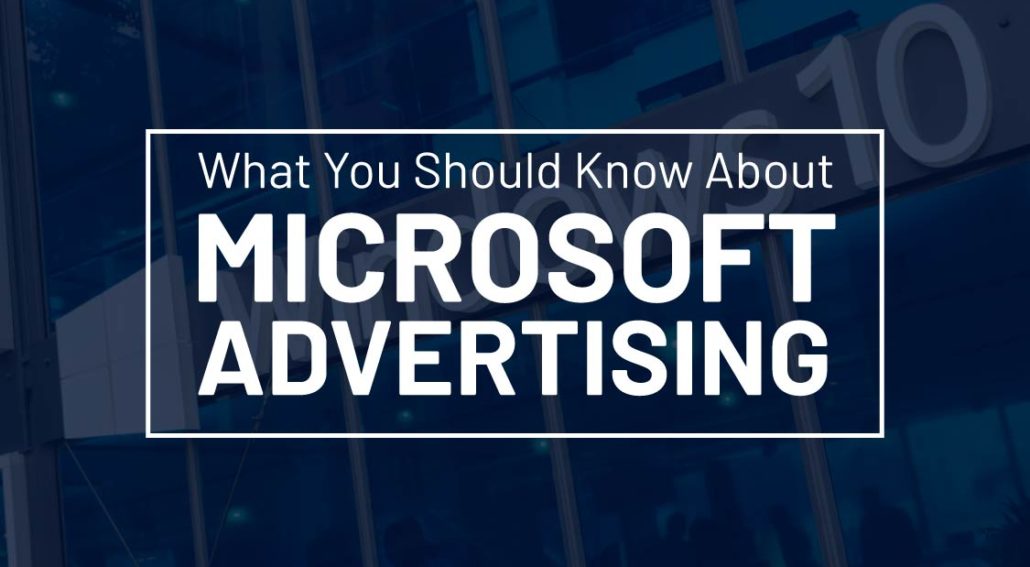 It’s easy to forget about Bing when Google dominates internet searches on so many fronts. Still, with that being understood, there are several reasons you should use Microsoft Advertising as part of your pay per click (PPC) campaign.

Because more companies use Google to advertise, you have to place higher bids for your PPC ad to be seen. Bing has fewer users but is still the second largest search engine in the world with 1.3 billion unique visitors a month, according to Statista. While Google skews younger with its core users, the average age of a Bing user is between 35 to 54 years old, which is nearly half of the search engine’s users. If you are trying to reach customers between 35 and 54 years old, then Bing gives you a distinct advantage over Google.

You Have More Control Over Your Ad

Microsoft advertising gives you action extensions that allow you to link to the landing page you want to be seen through a call to action (CTA) button. The CTA button helps your ad grab the user’s attention, and Microsoft gives you several CTA phrases to choose from, such as “Buy Now,” “Act Now,” “Bid Now” and so on.

Microsoft Advertising Lets You Include a Link to a Review

Microsoft advertising gives you review extensions that let you link to a legitimate review on another site. The review has to be from a reliable source such as a professional association or well known, well-trusted media outlet. You will have to check back after you submit the review to see if it was approved for use in your PPC ad.

Keep Track of the Competition

Bing gives you another feature that can be highly useful in keeping track of what your competitors are doing with their ads. Microsoft ads have a competition tab that lets you track your competitors in detail. Here are some of the things that it follows.

This feature relays the average position of an ad on a Bing search results page.

The percentage of available impressions that a brand made.

This gives you the number of times that a competitor’s ad was ranked higher than yours (above your ad).

The percentage of times that your ad overlapped with a competitor’s search engine results page (SERP) ranking.

The percentage of a competitor’s ad was displayed over organic search results.

The percentage of times that your ad ended up with a higher ranking than your competitor’s ad.

Microsoft includes graphs with these features so that you can visualize the differences between you and your competitors.

Microsoft Advertising is an Enhancement to Your Google PPC Strategy

You should not be thinking “either, or” when it comes to Bing and Google, the two search engines should both be part of your PPC campaign. You reach a potentially much wider audience with PPC ads on both sites, which gives you a higher chance to reach your target demographic.

While Bing has fewer searches than Google, they still have a search volume of 500 million a month in the United States alone. The top TV show of 2018 in the U.S. had 23.2 million viewers throughout the season, and the ads run on television cannot be clicked on, or target a finite demographic.

When you use Bing or any PPC advertising, make sure to use A/B testing to find out what works best and make adjustments.

Are your PPC Strategies working for you? If not, MosierData can help. Contact us here or call 863-687-0000 to find out more.

Should You Use PPC for Inbound Marketing?

The Best Platforms for PPC

Should PPC be in Your Marketing Budget?

How to Improve Your SEO Campaign With Subject Based Content

5 Things You May Not Know About PPC Marketing

What You Should Know About PPC Ads in 2020
Should You Use PPC for Inbound Marketing?
Using PPC for Demand Generation
The Best Platforms for PPC
Pay Per Click for Beginners