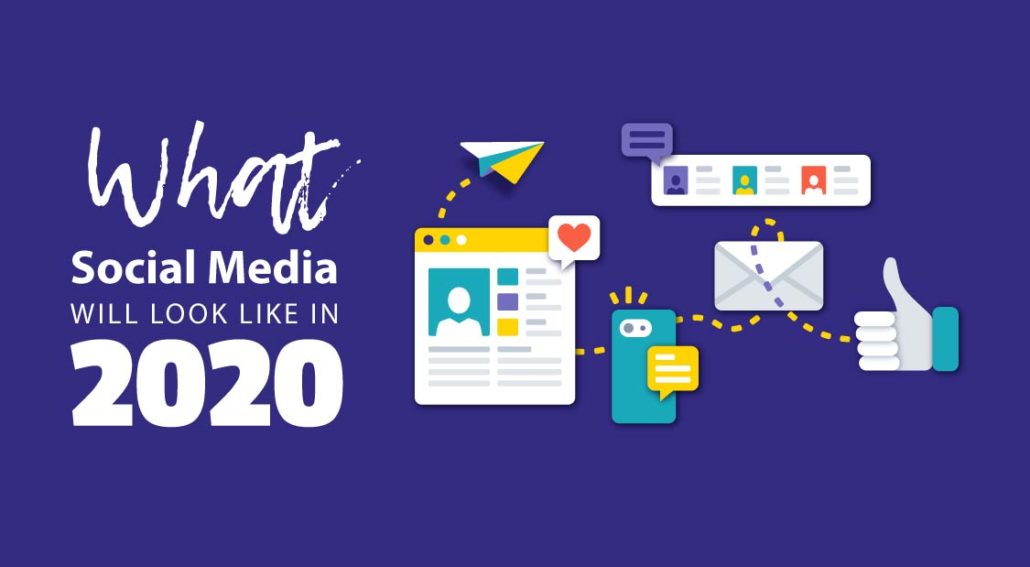 Social media is set on constantly shifting sands, popular platforms rise and fall (see MySpace) replaced by a hot new player on the social media scene, so it is difficult to predict what things will look like in 2020, but having an idea of what could happen will allow you to allocate your marketing funds to where they can bring the highest ROI.

The Blowback Against Social Media in 2020 Will Continue

Social Media has had its ups and downs, and in the last few years, it has taken quite a beating. Facebook‘s reputation has definitely been tarnished, but not yet to the point where there is a mass exodus by users. Twitter has been repeatedly accused of purging users with a particular political viewpoint, and there may be some truth to that accusation.  In 2019 Facebook allowed the live streaming of a massacre of two mosques to continue through both locations and has done little to rectify the chance of another massacre being broadcast.

The atmosphere on social media can at times be toxic, and with the upcoming presidential election that is likely to be the case. You can expect to see all but the most dedicated political zealots unplug from social media. With that in mind, run your social media campaign on a platform like Instagram, which is less political than other platforms. People will seek out social media that allows them to escape, and Instagram is the top platform for that sort of escapism with its imaged based atmosphere.

Social Media Will Remain King for B2B Content in 2020

Facebook Will Price Small Businesses and Startups out of Running Ads

Facebook has indicated it will raise the cost per thousand impressions (CPM), which translates into higher costs to reach your target audience. This fact means that companies that don’t have the capital to cover the increased costs will be no longer be able to advertise on the platform unless the cost is passed on to the client. Of course, this is good news if you can cover the increased costs because it means that you will have fewer competitors to bid against in the long run.

The ease of which users can view content in stories is one reason it continues to grow in popularity. If your social media marketing campaign has not included stories up to now, you should include them in your 2020 marketing campaigns. Interactive elements should be included in your companies stories such as answering questions, polls and quizzes.  People love to interact with stories, so having those elements present will help them to click on your stories in the future and at the same time, build brand loyalty.

Reaching the widest audience possible on social media should not be your goal in 2020, but to reaching the right demographic with the right content. State what your company does best and keep with that theme throughout the year. You also need to know where your prospective customers spend time on social media and focus your efforts there. Only use two platforms where your customers are in order to be effective. It may take a little market research prior to the campaign, but it will make a world of difference.

The Benefits of Social Media Advertising

How to Use Social Media to Reach a Target Demographic

How to Use Social Media to Reach a Target Demographic

Synergy Between WordPress and Social Media

Though her dream job is to one day become a barista at a trendy, cool, laid back, and fun coffee shop. For now, Angie has her hands full, keeping things running smoothly at our little web development and marketing agency. She's passionate about media trends and spends most of her free time on Instagram, Snapchat, and Facebook. She loves to engage with audiences and creating positive buzz around companies. Outside of work, Angie enjoys College Football (Go Dawgs!), movies, music, and exploring the world with Jim.