Google Ad Ranks and How They Work 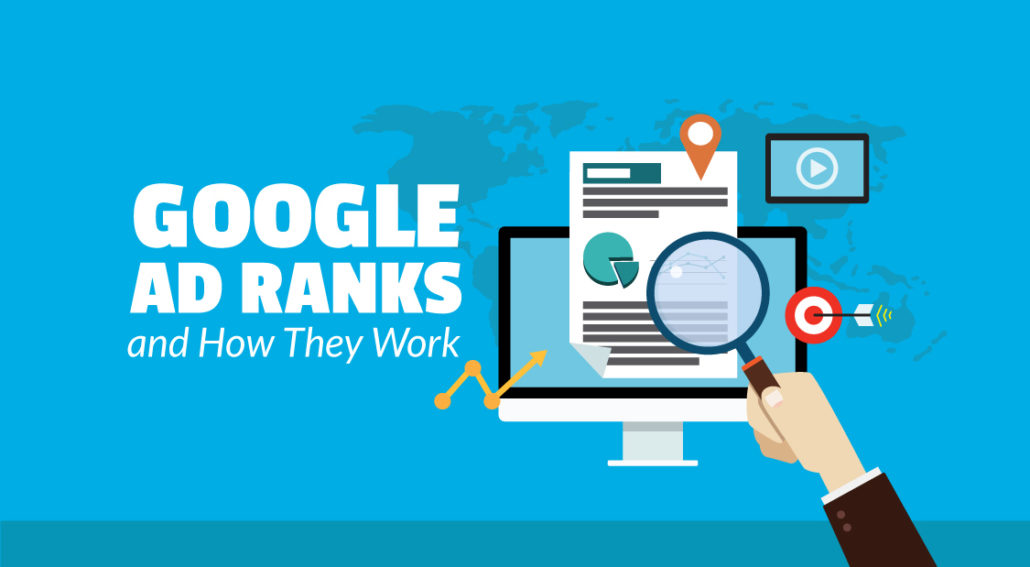 When your website receives a click from a user on Google, it is essentially receiving a vote in favor of being ranked higher. The ranking you receive from Google Ad determines where your ad will be seen in user searches. There is a possibility the ad may not be seen at all if your ranking is not high enough. What are the criteria that Google uses to determine your rank? Let’s break down how your website receives its ranking.

Money Talks, But Not Always

Google is in business to make a profit, so it goes without saying how much money you are willing to spend per ad view affects how many times it is seen.  You can’t spend 5₵ per ad click and expect to be first in line. Conversely, if you spend $100 per click on your Google Ad, but it is poor quality, you can expect that it will not be seen first either.  So, the formula for having your Google ad seen is simple: Ad Rank= Maximum Price Per Click x Quality of ad.

To Bid or Not to Bid

When you bid on a Google Ad, it is a Keyword you chose, on which you are really bidding. When you make a decision on the type of Google ad you choose, you need to have both a clear understanding of how the ad works and your ultimate goal for that ad.

The most commonly used ad is the cost-per-click ad. With cost-per-click users are sent directly to your website when they click on the Google ad.  This is good for a smaller and new business trying to build up a local clientele. It also works well for companies who sell a product directly to the customer.

Google Adwords lets you use automatic or manual settings when placing an ad.  The automatic setting allows Google to direct the most traffic to your site within the budgetary restraints you set. Manually setting keywords in Adwords can be confusing and difficult to undertake. It is best left to experienced AdWords users to set a manual ad.

Larger companies who have already established themselves and wand to expand their Brand should choose the cost-per-thousand impressions option in Adwords. This option lets a user pay for exposure per thousands of views. A price is set for one-thousand views, and regardless of how many clicks are received per thousand, the cost is the same.

The most difficult way to bid on a Google ad is undoubtedly cost-per-acquisition. The acquisition (or conversion) option is best left to advanced users. It requires activating the conversion tracker and telling it what you are willing to pay per conversion.

How Does Google Determine Quality?

Google assigns a quality score between one and ten based on the overall quality of the ad. What are the factors in Google’s evaluation of your ad? There are three parts.  First, ad relevance, this one is simple. Ads with keywords being searched for have more relevance, that’s it. With that fact in mind, make sure that the keywords you chose are relevant to a users search.

Landing page experience is the third factor in Google’s quality score for an ad. It means having an attention-grabbing site that is easy to navigate.

A Word About Extensions

Google loves extensions in an ad. Extensions include things like phone numbers, addresses, or other similar links. Add extensions are proven to increase click-through rates, so they should be automatically included in an ad on Google.

Using the correct AdWords strategy can mean higher traffic to your website and more name recognition in general. It is important to master AdWords so that you have the highest Google ranking for your ad possible.  With a little practice, you can find the best strategy for your Google ads and increase your rankings!

Let MosierData help you decipher your Google Ad Ranking and build your strategy.

How to Generate Leads with Google My Business

The Best Platforms for PPC

From the Keyword Tool to the Planner: What Google’s changes mean for you

Why You Should Know About CRO

Captivate Both Customers and Google Bots with Ad Text